Sorry this vehicle is now sold

Shiltech Sales are delighted to offer this stunning 1984 Ferrari Mondial QV, 3.0 Litre V8.
Finished in its original “Prugna” coach work with Crema leather interior and Nero Carpets.
It has an extensive history file with full service and repair history, owner manuals, brochures, all keys, tool kits and spare wheel are present.
It has a genuine 57,936 miles on the clock, a long MOT and the major service has just been done, this included oil & filter change, brake/clutch fluid change, coolant change, new K & N air filter, replacement cam belts and auxiliary belts, plus new spark plugs, HT leads and spark plug extenders.
The car is in excellent condition having been garaged and cosseted all its life.
This beautiful Mondial recently it won the best sport car award at a local show and it has been exhibited at the indoor National Classic Car Exhibition at the Birmingham NEC several times where it always draws a crowd.
The first thing everyone notices about this car is the unusual colour, it is called “Prugna” which means “Plum” in Italian, this colour was very popular in America but only 4 right hand drive models were ever made, which makes it a very rare sight, when the sun hits it, the depth of the colour can really be seen, and when it was shown at the NEC, the indoor lighting made it look fantastic. So if you don’t want to be like everyone else with a red Ferrari, this is the best colour!
The car was purchased new in October 1984 from the London Ferrari Dealership “H R Owen” by an American businessman (which explains the colour), who bought it to keep in this country as his UK based car. The car then passed through various different ownerships until a Gentleman called Brian Moulton bought the car in 1990. Brian owned the car for many years but did very little mileage in it, he decided to strip and rebuild the car to bring it concourse standard and he enlisted John Pogson for help, John is a well known and successful Ferrari F40 race driver and ran his own race team in the 80’s and 90’s as well as owning and running the very well respected Ferrari garage “Italia Autosport”, which is still going well. Brian and John became extremely close friends and eventually, after the car was fully restored, John bought the car for his own private collection. John later went on to sell it to a further owner before Its current owner purchased it in 2014 as the 8th owner.
Recent upgrades Include a “Lorini” stainless steel unit, fitted new wheels and Pirelli tyres (the wheels are imperial reproductions of the originals, the original wheels would have been metric sizes, popular in the eighties, and metric tyres are extremely expensive nowadays, assuming you can source them, so this is the perfect compromise), being used mostly for shows, general detailing has been done throughout. Most recently, the radiator has been refurbished.
When Brian and John carried out the original restoration, as well as completely stripping and rebuilding the whole car, the engine was rebuilt, the suspension lowered and geometry set to Johns specific dimensions, the fuse box upgraded/modified (a known issue with these cars) and the spare wheel upgraded to a space saver version of the original wheels (these were offered as an option on Ferrari 328’s as they take less room and are light weight).
The Mondial QV was launched in 1982 as a replacement for the Mondial 8, the Mondial 8 was regarded as underpowered and had an undeserved poor reputation as a result. The QV had a much improved engine, still a 3.0 Litre V8 but having 4 valves per cylinder (QV – Quattrovalve) instead of 2, power was increased from 214bhp to 240bhp, as well as various other upgrades, including styling and interior changes. The Mondial “T” was the last of the model which is a completely different car mechanically and is reflected in much higher running/ownership costs. The Mondial has always struggled to shake off the early reputation and values are still low for Ferrari standards and as a result they are widely regarded as a great future investment. The QV model is thought to be the best value for money as it is the improved model from the original and the ownership costs are much lower than the last model. A total of 1,145 QV’s were produced with only 152 of them being right hand drive, and as mentioned earlier, only 4 of those were produced in this colour.
This has to be one of the finest examples available for sale anywhere in the world.
Viewings are welcome on an appointment only basis at our Loughborough showroom, please email or call us today.
Shiltech are one of the UK’s leading Ferrari and Maserati service specialists. We have been established for nearly thirty years and have a fabulous reputation across the UK. The team have been hand picked and comprise of some of the UK’s best Ferrari technicians many of which have been worked and trained at Ferrari main dealers. We have the latest Ferrari and Maserati diagnostic equipment and use genuine approved parts. All of the cars we market undergo a vigorous multi point inspection prior to sale We pride ourselves on excellence, we have a passion for high performance cars and our clients satisfaction is at the heart of everything that we do!
DISCLAIMER; At Shiltech we take great care in making sure the content of our adverts is as accurate as possible, however, from time to time errors can occur and we take no responsibility for these errors. Buyers are encouraged to take as long as they require to check the details are accurate before purchasing. Shiltech both welcome and encourage Independent Inspections prior to purchase. 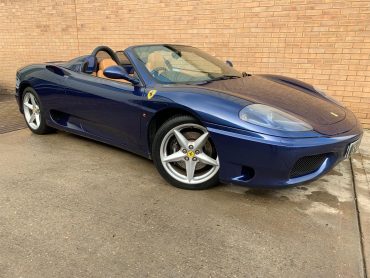 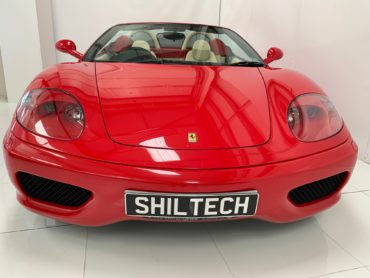 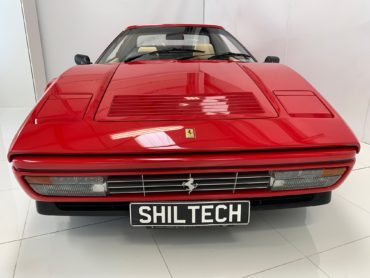 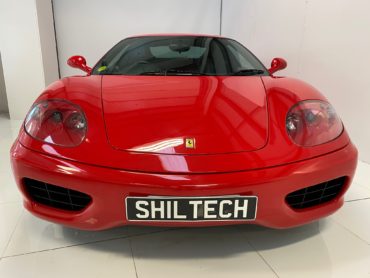 Due to the government announcement regarding Covid-19 (Coronavirus), Shiltech Performance Cars Ltd will close today, Tuesday the 24th of March 2020 at 5.30pm and will not re-open until the current constraints are lifted. The phones will be diverted through to our mobiles and emails will be checked daily. Shiltech Sales Ltd will remain open to all enquiries with us offering the facility of video walkthroughs of our stock. We would like to take this opportunity to thank you for your understanding, but more importantly, to wish you all well.

With our very best wishes Geoff & all the Shiltech team.